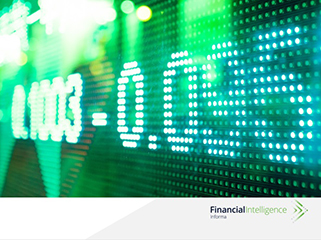 Holding a short position in European equities was a very prescient – or lucky -- bet in March. Looking in detail at Figure-1, some were more fortunate than others in terms of the sectors they shorted. 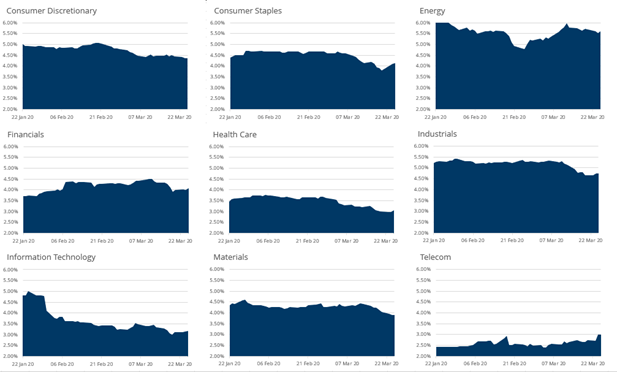 As we highlighted in the previous post, one of the few investment vehicles likely to profit from the recent COVID-19 rout of European asset markets are hedge funds with short positions. Analyzing data produced by Caretta Research, a surprising pattern has emerged up in the aggregate short positioning on European stocks. The total short positions, which one would expect to increase in this environment as earnings forecasts are being downgraded, is decreasing. The total short positions, as a percentage of total shares outstanding, has dropped from 4.5% on 20 February to 4.1% on 25 March. Moreover, out of eight sectors, seven saw a decrease in the shorted average total shares numbers during the last month.

Since the COVID-19 pandemic started accelerating in Italy in late February, European markets have tumbled. Almost all European stocks are in negative territory year-to-date irrespective of sector, industry, or country of origin. In terms of scale, the quarterly drop is the highest in 33 years, and the intensity of it is unusually high - more than 35% of the total market capitalization has been lost in only three weeks. 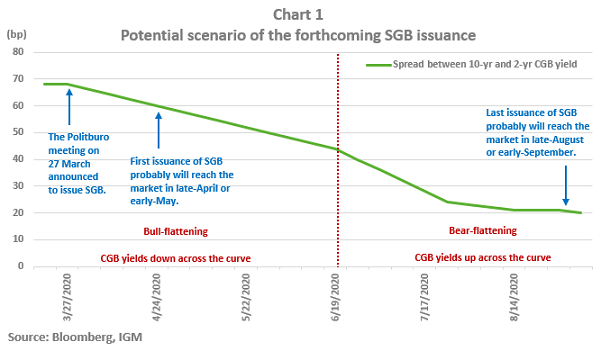 The Politburo Meeting on 27 March hinted at a big stimulus package ahead. The meeting stated that macro policy loosening should be stepped up to boost domestic demand and achieve the "Six Stabilities" (stable employment, trade, financial markets, investment, foreign capital, and expectations). Specifically, the central government will issue a batch of special government bonds (SGB), and the local government special bond (LGB) quota will also be enlarged. In addition, the meeting called for accelerated issuance and use of local government special bonds, speeding up the preparation and construction of large and important infrastructure projects and better implementing the reduction of taxes and administration fees. We expect the government to raise the budgetary deficit to 3.5% of GDP from the previously 3.0% and lift the tax and administration fee target to CNY2.5tn from CNY2tn realized last year. Regarding off-budget items, we expect special local government bond issuance to rise to CNY3.5tn from CNY2.15tn in 2019. Meanwhile, the statement of the PBOC 1Q meeting on the same day also put a great priority on assisting a firm recovery of the real economy and pledged to increase support to SMEs and the private sector. PBOC wants to see the loan prime rate (LPR) play a more important role in lowering real funding costs. 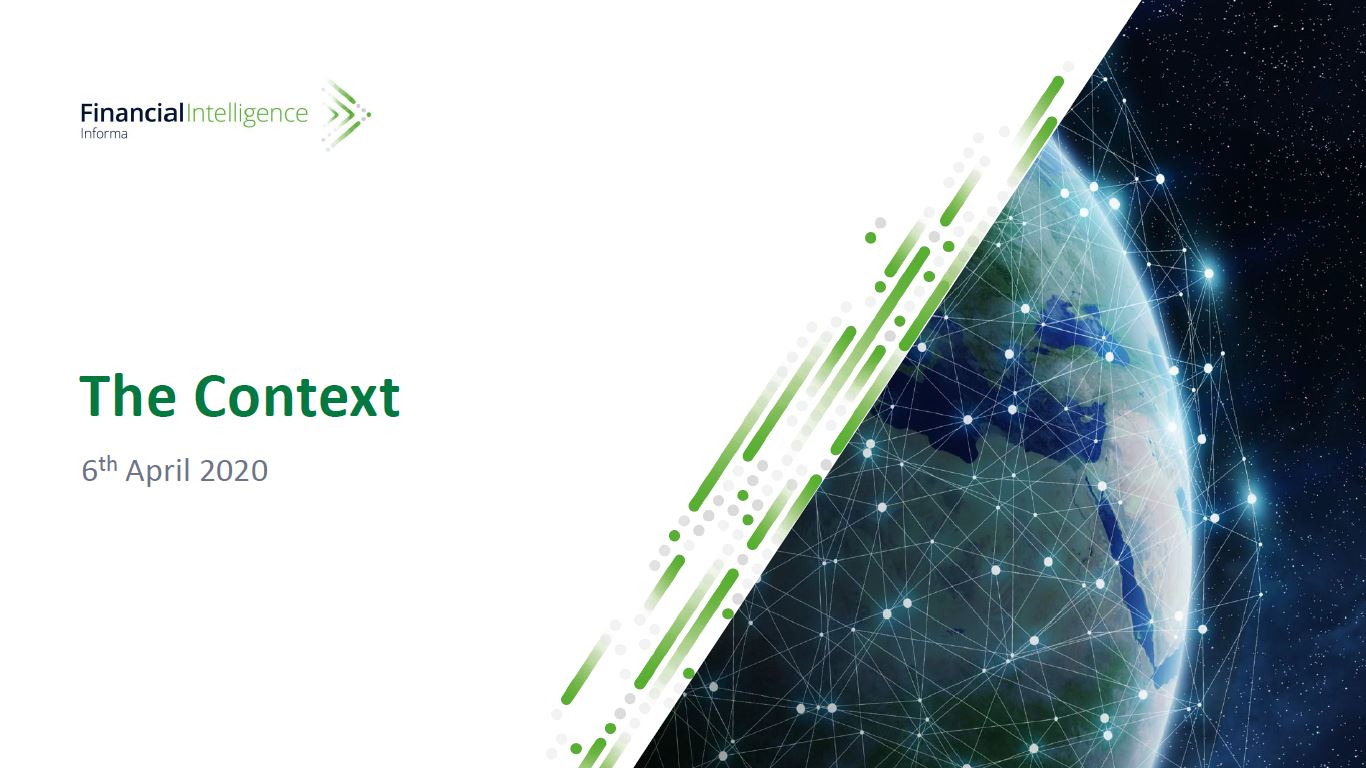 Investors pumped another $194 billion into EPFR-tracked Money Market Funds during the final week of a first quarter that saw large swathes of the world locked down to prevent the spread of the COVID-19 virus, the price of oil fall 65%, the S & P 500 index fall 33% from its peak to its trough on March 23 and over six million Americans file for unemployment in a single week. While Money Market Funds absorbed record setting inflows, Equity Funds saw over $50 billion flow out during the quarter and Bond Funds set weekly and monthly outflow records on their way to their biggest quarterly outflow since 3Q13.