Quants Corner - Brexit and UK markets: Picking your moment with the right tools

Brexit and UK markets: Picking your moment with the right tools

More than two decades have passed since then Prime Minister Margaret Thatcher gave the speech that many view as the catalyst for the UK’s exit from the European Union earlier this year. Speaking in the Belgium city of Bruges, Thatcher spelled out her opposition to further European integration. "We have not successfully rolled back the frontiers of the state in Britain, only to see them re-imposed at a European level, with a European super-state exercising a new dominance from Brussels,” said Thatcher, who had previously supported Britain’s involvement in the European Union.

Brexit became a reality on the 31st of January 2020, after three and a half years marked by two general elections, two prime ministers, endless discussions about hard versus soft exits from the EU and the testing of British constitutional norms.

How did this noisy saga play out when viewed through the lens of mutual fund flows? And does the fund flow perspective shed light on the investment case – and climate -- for the UK in the years ahead?

From the top down, an inverse correlation writ large

A basic comparison of aggregate flows into UK and Global Equity Funds since 2010 illustrates one thing clearly: that, until very recently, investors viewed the UK’s departure from the European Union as a blow to its investment case.

Using 2010 as our starting point, the aggregate flows for both fund groups favour the UK during the early years of the past decade. As can be seen in Figure 1, until the start of 2013 flows to UK Equity Fund as a percentage of total AuM were cumulatively higher than for Global Equity funds. Starting in 2011, the prospect of Scotland voting for independence began to weigh of UK Equity Fund flows, as did the growing popular support for leaving the European Union. 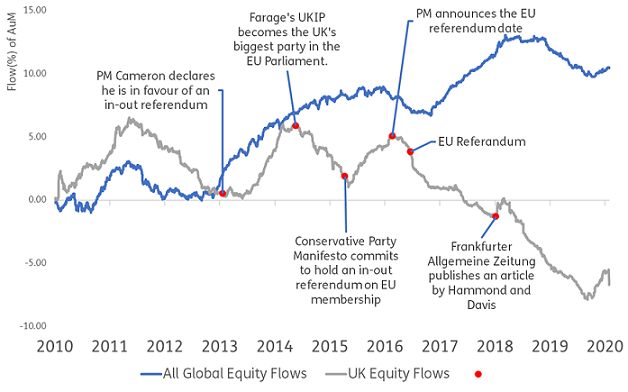 A consensus that then Prime Minister David Cameron’s statement of support for an in/out vote on EU membership would not translate into an actual referendum helped fuel a rebound in flows to UK Equity Funds. Those hopes were dented when Nigel Farage's UKIP party won 26% of the vote in the 2014 European elections and became the UK's biggest party in the EU Parliament.

This pattern persisted in the run up to, and aftermath of, the June 2016 referendum that ended with a majority in favour of Brexit. It was not until 3Q19 that the pattern shifted, with exhausted investors deciding that clarity – even if it led to Brexit – was preferable to further uncertainty. Figure 2 focuses on the ‘last mile’, tracking the final 365 days from a 20-day cumulative fund flows perspective. 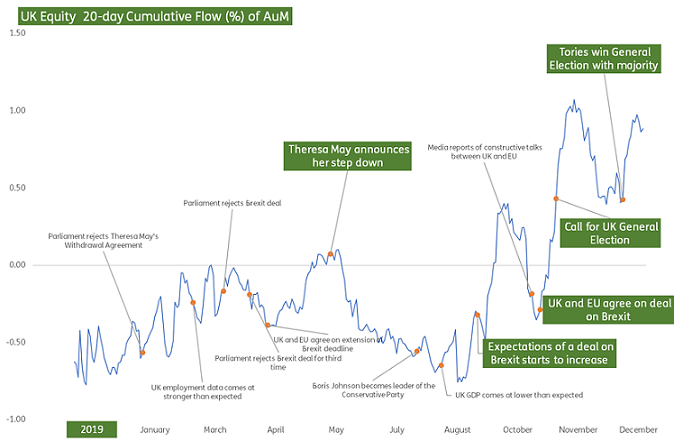 The power of seven

But, while the broad flows confirmed major correlations and allowed investors to gauge degrees of reaction to the multiple shifts that occurred between the 2016 vote and Brexit occurring, they are less useful when it comes to selecting the right time to cut or increase exposure to British equities. For that, an adaptation of EPFR’s Regional 7 Model shows promise. 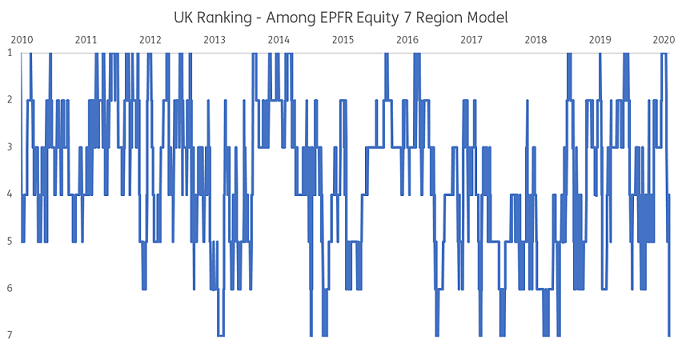 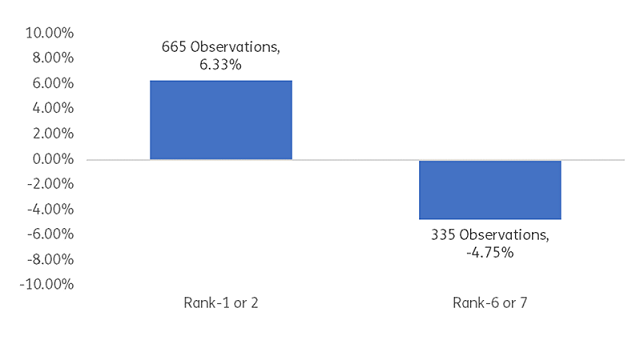 Currently, this approach shows the UK is ranked 7th -- a strong signal for the underperformance of UK equities relative to MSCI World benchmark in the coming days. But investors should keep mind that this ranking is more the exception that the norm. As Figure 4 notes, there are only 335 days (out of 2621 days of our sample period) when the UK’s ranking is 6 or 7. This is only 12% of the entire sample period. Even in this volatile decade since 2010, our model has ranked the UK in the top two 25% of the time (665 days).

Using fund flows and the appropriate quantitative models or strategies, investors can stay on top of this evolving story and make informed decisions regarding how best to adjust their exposure the UK throughout its journey out of the European Union.