Before the data was released, PBOC held a press conference on 10 July. At the conference, PBOC officials defined appropriate monetary policy as:

It is particularly worth mentioning that Guo Kai, PBOC deputy director of the central bank's monetary policy department, in the conference stressed a timely withdrawal of counter-pandemic monetary loosening measures is needed when the economy has stabilized. Guo's remark echoed what PBOC governor Yi Gang said at an event on 18 June. Yi said China should consider a timely withdrawal of the counter-pandemic policy tools.

Strong GDP growth in Q2 combined with PBOC's reiteration of its bias in favour of an imminent normalization of the monetary policy suggests we will unlikely see further cuts in OMO rates, the MLF rate or loan prime rate (LPR).

In our view, with the economy having stabilized, policymakers are eyeing on the leverage outlook of the economy again.

Chart 1 shows that debt/GDP leverage surged by as much as 14% q/q in Q1 this year. In Q2, leverage growth moderated to around 8%, which though still high, was at least not lower than the highest level registered in 2016. As economic growth has stabilized, China's policy focus in the coming quarters could shift back to containing leverage. 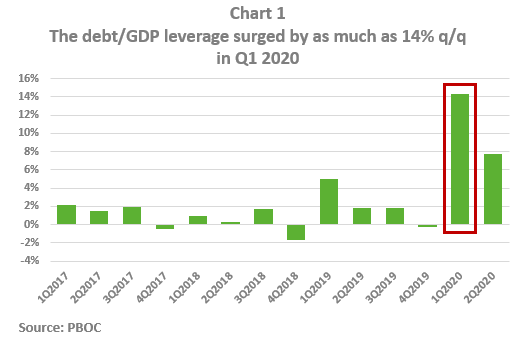 Chart 2 suggested new loans amounted to nearly CNY3tn in March. To keep the property market from overheating again, we believe PBOC will be making efforts to curb loan growth in H2. In fact, some restrictions have already been imposed in some cities, such as Shenzhen and Ningbo, which have seen a significant rise in home prices over the past two months. 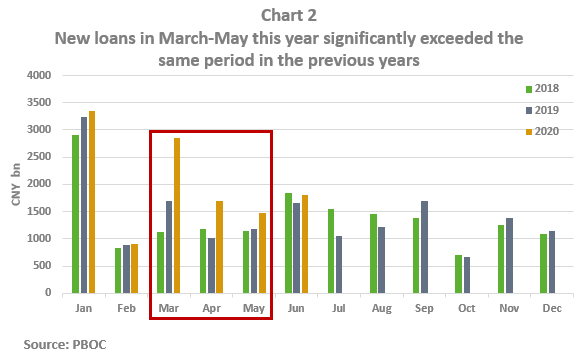 Against the above-said backdrop, we wouldn't be surprised if China’s overall policy stance will gradually turn hawkish.