Investors Push Back Against Leveraged Loans as Reflation Trade Ebbs 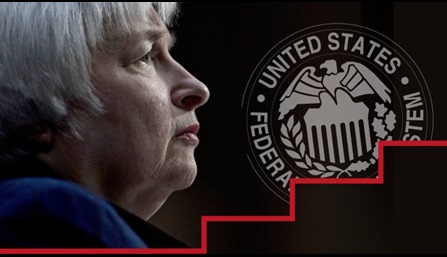 Within the US fixed income market, investors are sending a clear message about the prospect of higher interest rates. In recent weeks, investors have pushed back against a string of leveraged loan transactions, with a handful of deals pulled as money flows into the sector have shrunk.

As Treasury yields and market expectations for inflation have plumbed their lowest level for 2017, casting further doubt on prospects for the so-called reflation trade, bank loan funds recorded their smallest weekly inflows since the US election in the week to April 19, according to EPFR.

“Investors buy into the loan market when they think rates are going up and in the last couple of weeks the 10-year Treasury has [rallied] from 2.6 per cent to 2.2 per cent. So investors are asking why do I need a loan fund?” said Frank Ossino, a senior portfolio manager with Newfleet Asset Management. “It is not just sight unseen inflows like it was for the better part of the entire year.”

That has prompted a string of lenders to delay the refinancing of existing loans. This includes mattress manufacturer Serta Simmons, home cleaner and pest control group ServiceMaster, and Crestwood Holdings, a controlling stakeholder in a natural gas and crude oil pipeline operator. Others, including United Airlines and Las Vegas Sands, were unable to secure the cheapest financing costs marketed to investors.

“Loans have shifted from being among the most attractive risk-adjusted asset classes to now being . . . no longer as cheap as they were,” added Steven Oh, the global head of credit and fixed income at PineBridge Investments.

Deal activity has also faltered in part due to lacklustre appetite from managers of collateralised loan obligations, which are securitised products backed by bundles of the very loans companies are trying to refinance. Leveraged loans are priced as a premium over Libor, the global floating rate benchmark. Las Vegas Sands, which repriced more than $2bn of loans late last month at Libor plus 200 basis points, had sought to cut its costs by a further 25bp to 175bp above Libor, two lenders briefed on the deal said.

The rally in riskier leveraged loans has also made the asset class less enticing for investors, with the yield on the S&P/LSTA leveraged loan 100 index trading on Thursday just 13bp above a post-crisis low set in March.

“Investors can be a little more selective,” said Beth MacLean, a bank loan portfolio manager with Pimco. “Once you push below Libor plus 200 basis points, it meets a resistance point not just with CLO buyers, but broadly the market says, ‘I have other things I can buy here’.” 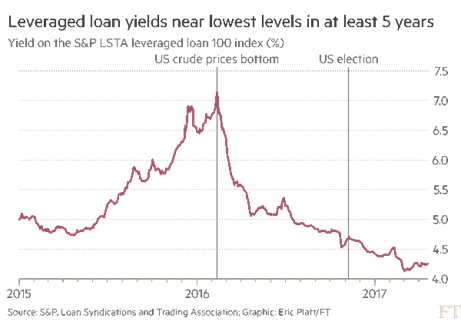 Issuance of the structured vehicles has been strong this year, outpacing 2016 which was mired by broader market volatility. At about $25bn this year, CLO issuance in the US dwarfs last year’s $10bn that was raised through the same period, according to S&P Global unit LCD. But much of that has been refinancing activity, rather than new supply for the market amid a lacklustre backdrop for leveraged buyout activity.