22 Oct 2020 by Jonathan Cavenagh
Topics: Industry News |
Provided by IGM FX and Rates |
Get a free demo
Login to IGM

A Blue wave is clearly a USD negative

In recent weeks not a great deal appears to have changed from a US Presidential election odds standpoint, with Biden still the favorite. The first chart below plots the relative election odds for Trump and Biden. Biden's odds surged through late September and early October but haven't changed a great deal in recent weeks. Arguably the US Senate race has given added interest for the market from the standpoint that the market is contemplating a potential Blue wave, where Democrats sweep the White House, Congress and the Senate. 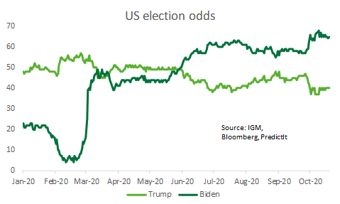 Some political pundits suggest the Democrats will take control of the Senate, while others suggest the race is too close to call. In any event a Blue Wave would likely pave the way for a much larger fiscal stimulus.

The translation of this onto FX markets is that it can be viewed as a negative development for the USD, which the market has started to price in more aggressively. A much larger fiscal deficit would widen the US twin deficits, where historically such shifts have been a good lead for longer term USD trends, see the second chart below. Note that the twin deficits are pushed forward 2 years on the chart below and it is plotted against the USD real effective exchange rate (REER).

The drivers of this relationship reflect that a wider current account deficit should be a negative for the USD, all else equal. A wider fiscal deficit could be expected to reinforce this trend in the sense that higher fiscal spending boosts economic growth and that spills over into higher import demand. This demand can boost export growth from the rest of the world and drive stronger growth outcomes. If this translates into global reflation, then this can undermine the USD as capital flows into faster growing economies outside of the US. The additional impetus in the current setting is the lower for longer Fed funds rate.

Chart 2: Outlook for US twin deficits weighing on the USD

Market pricing in a Biden victory

Against this backdrop it is perhaps not surprising that Biden's election odds have shown an inverse relationship with the USD. The third chart below plots the 1 month change in Biden's election odds against the 1 month change in the DXY (note the DXY is inverted on the chart). This relationship extends to EM Asia FX as well, with the fourth chart below plotting the correlation between Asian currencies and Biden's election odds. Except for PHP and MYR, all the correlations are positive. For MYR, it may reflect idiosyncratic drivers of currency performance now, rather than not being seen to benefit from a Biden victory, whilst PHP tends to be less influenced by external events compared to other currencies in the region. 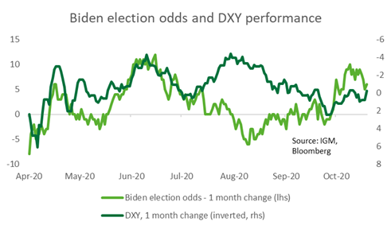 Chart 4: A Biden victory is generally seen as positive for most EM Asia currencies 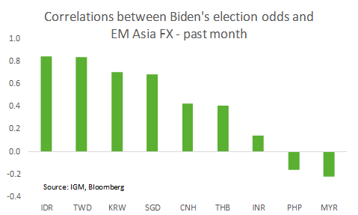 The potential added kicker for EM Asia FX is if a Biden administration reduces the risk of a fresh trade conflict. Chart 5 below plots the long run history of global trade volumes. The general trajectory has been upwards, notwithstanding global recessionary periods. This trend continued in the initial years of the Trump Presidency but started to reverse from 2018 onwards as the US-China trade conflict intensified and tariffs were levied. A Biden Presidency won't see US-China relations return to how they were in the past, as geopolitical tensions have permanently shifted. Still, to the extent a Biden administration conducts policy in a more conventional sense, with less emphasis on raising tariff rates, we could see some recovery in international trade volumes. 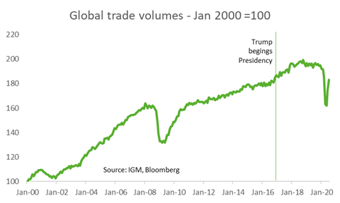 Chart 6 overlays the long run relationship between yoy changes in the ADXY and global trade volumes, with the long run correlation running at over 60%. Whilst Chart 7 breaks down the correlation by individual currency pair for EM Asia FX. The more trade orientated currencies tend to enjoy a stronger correlation. 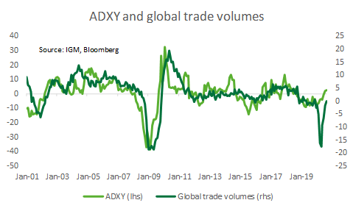 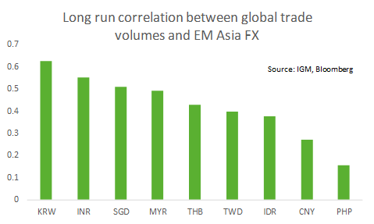 This could all unfold at a time when the macro backdrop is already quite supportive for EM Asia FX. Growth and yield differentials are already in favor of the region led by the China recovery. Whilst it's difficult not to say that some of this positive outlook is already clearly in the price, with the ADXY at fresh highs since Q1 2019, the market bias is likely to remain one of fading any bouts of USD strength. This is likely to remain particularly evident in terms of the trade sensitive currencies (KRW, SGD and TWD) and CNH.

A Biden victory but absent a Blue Wave could lead to some short term volatility, particularly as the market grapples with the size of a fiscal stimulus than can be delivered against proposed tax reforms. Any equity market weakness can boost the USD in the short term, although the market bias is still likely to be negative the USD over the medium term, as the deterioration in the twin deficits takes hold.

If the unexpected happens and Trump wins the election, we can expect a nasty correction higher in USD/Asia pairs. Chart 8 plots spot gains in EM Asia FX since Biden's odds overtook Trump's odds of winning the election at the start of June this year. KRW and CNH have been the clear standouts and would arguably see a sharp correction if Trump wins the election. Market concern around US-China tensions and the trade outlook would be the dominant drivers.

It's also noteworthy that the DXY tends to rise in the immediate aftermath of a US election. See the final chart below. On average the DXY is 0.8% higher 5 days after the election, just over 1%, 10 days after the election (the main exception being the 2004 election). People will still have the 2016 election in their minds and the contested result in 2000. Closer to the event we may see some profit taking on bullish EM Asia FX positions, even if the market's medium term is likely to remain constructive. 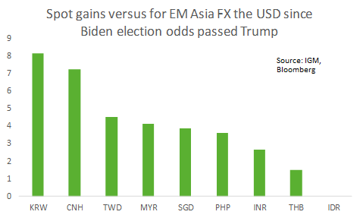 Chart 9: DXY has tended to rally in the immediate aftermath of a US election 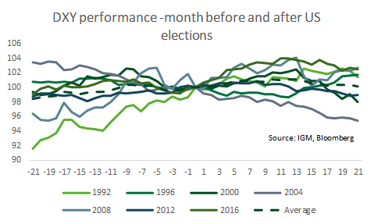