The risk-reward line getting harder to walk

The risk-reward line getting harder to walk

Investors surveying the investment landscape during the second week of April saw more thistles and dandelions than daffodils. Things in their field of view included US headline inflation hitting its highest level since 1981 and US mortgage rates their highest level since 2011, Sri Lanka defaulting on its foreign debt and Russia’s invasion of Ukraine stretching into its eighth week.

With the latest inflation number hammering another nail into hopes for a measured series of 0.25% hikes in US interest rates, US and risk assets had a rough week. EPFR-tracked US Equity and Bond Funds recorded their biggest weekly outflow since late 1Q20 and late 4Q21 respectively. Cryptocurrency Funds experienced record-setting redemptions, High Yield Bond Funds chalked up their 12th outflow in the past 14 weeks and outflows from US Money Market Funds hit an eight-week high.

The redemptions from US Money Market Funds are another sign that the cash buffers built up by US corporations and households are coming under pressure, although year-to-date retail flows to US liquidity vehicles are in positive territory. Personal savings rates are back at pre-pandemic levels and wage growth, while robust, still lags the rising cost of living. 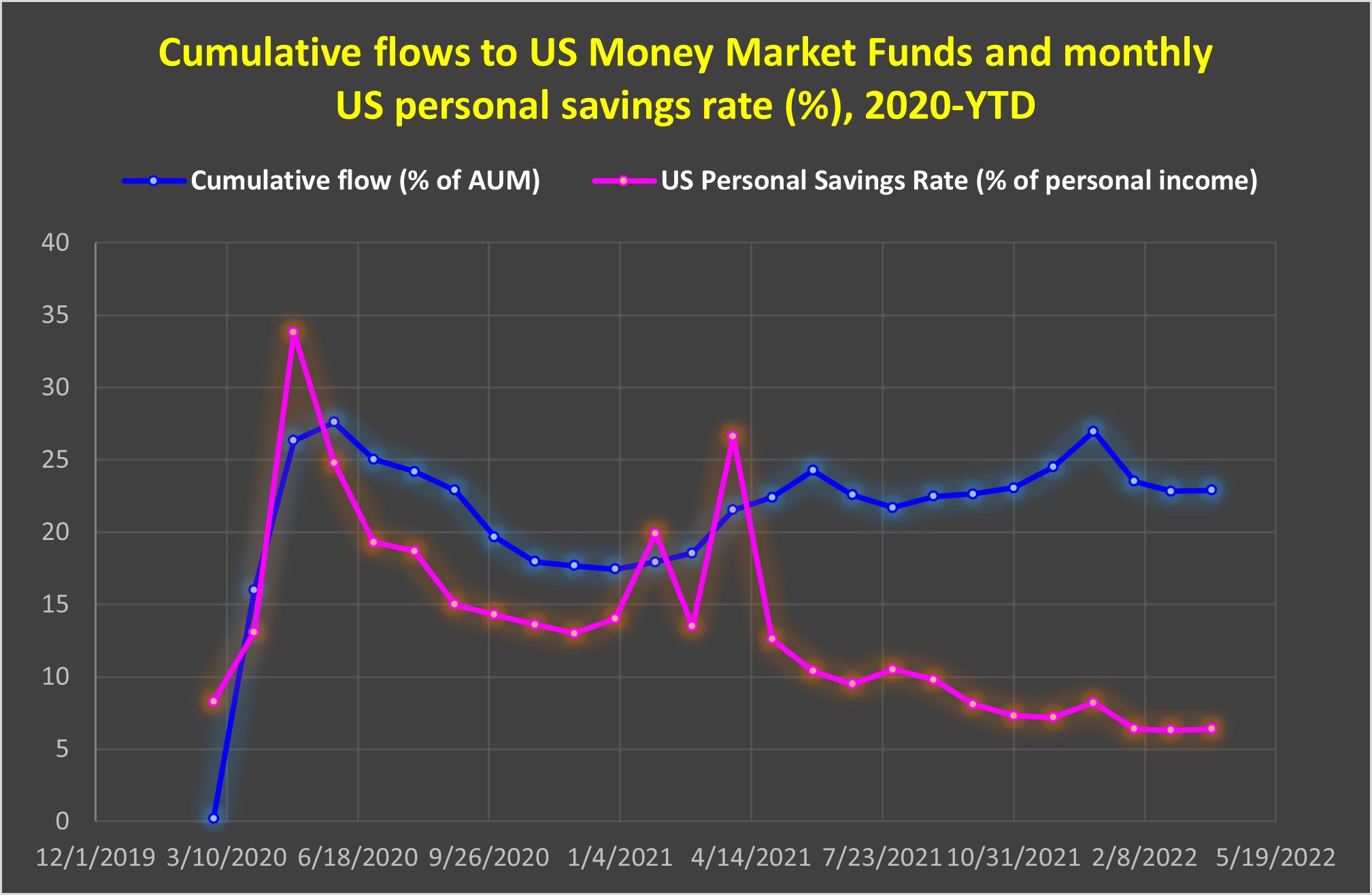 Overall, a net $12.8 billion flowed out of EPFR-tracked Equity Funds during the week ending April 13, although retail flows to this group were positive for the fourth week running. Another $13 billion was redeemed from Bond Funds and $45 billion from Money Market Funds. Two groups, Balanced and Alternative Funds, attracted some fresh money. In the case of Alternative Funds, it was their 13th consecutive inflow.

To read the full insight, subscribe to Global Navigator!