18 Nov 2020 by Tony Nyman
Topics: Industry News |
Provided by IGM FX and Rates |
Get a free demo
Login to IGM 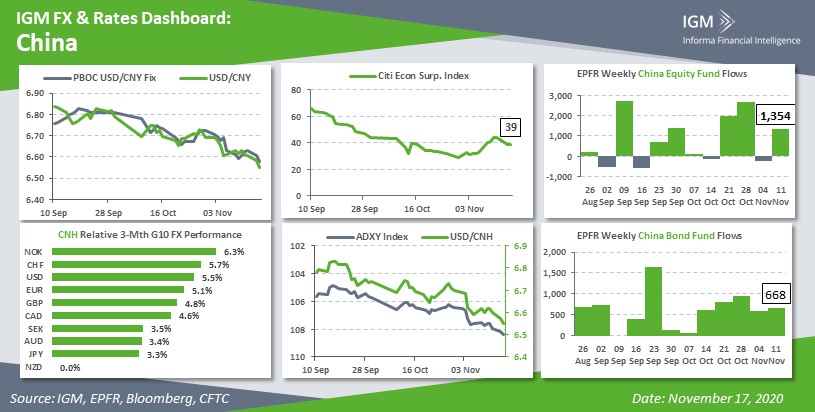 We talked earlier that USD/JPY should be attracting more of a positive related markets bid.

Markets, for the most part, do not tend to look much beyond a safe haven attraction as reasons for relative YEN strength.

However, some independent props have been emerging lately, lending gravitas to current gains:

Historic highs being made in the Nikkei this week as Japan Q3 GDP came in firmer than forecast at 5.0% q/q and at an annualized 21.4% as businesses reopened, trade rebounded and govt stimulus sparked a rise in consumer spending. It was the fastest growth since 1968 and Japan stands third in the G10 real GDP able. See above.

Japan as well as China, South Korea signed the Regional Comprehensive Economic Partnership to free up trade from barriers. Hopes/evidence of improved relations between Tokyo and Beijing will be viewed as market friendly, but the pact involves 15 Asia-Pacific nations (BUT NOT India) signing world's largest free-trade agreement. Reportedly covers 2.2bln people and 29% of global GDP,, signed by 10 ASEAN members & 5 partners. That sense of community and enterprise contrasts starkly with the northern hemisphere and Brexit and the outgoing MAGA Trump admin.

Talking of the northern and southern hemispheres, markets have long stated that Asia in particular has dealt with and recovered far better through the COVID crisis than in the western world. Of course, the rest of Asia is at least indirectly benefiting from expectations that China will be the only major nation to enjoy positive growth this year. 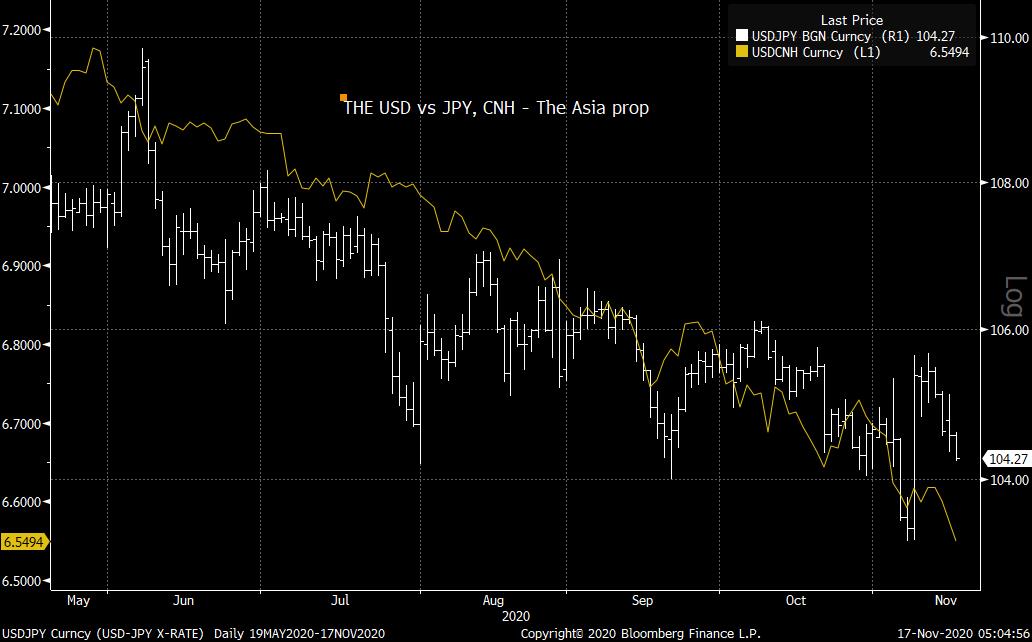 See bottom middle of the Dashboard above and the path of the ADXY and USD/CNH. In particular, the RMB has been a real outperfromer in recent months and the likes of the YEN looks to be reaping the benefits and jumping on the coattails of the Yuan's appeal as a relative high yielder and attractive risk asset.

We are not anticipating a major USD/JPY dump at this stage, particularly with the MOF speaking out (and impacting on Japanese investors foreign bonds demand?), but 103.18-19 looks more vulnerable at this stage than 105.68-plus. 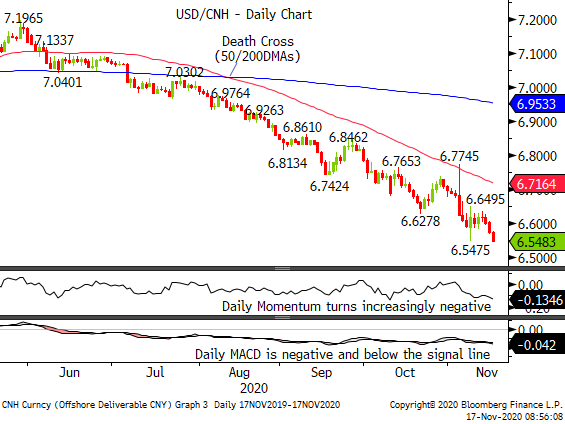