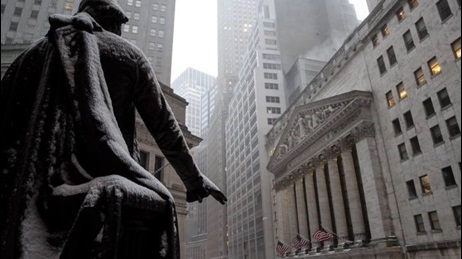 The recent batch of big mergers in the asset management industry is just the start of a wave of consolidation, according to the head of asset management at Fidelity. Charles Morrison, the head of the group’s $2.1tn asset management division, said industry margins will continue to be eroded by the seismic shift into passive vehicles such as exchange traded funds that track investment benchmarks.
This accelerating investment trend has already spurred the mergers of Janus Capital and Henderson, Standard Life and Aberdeen Asset Management, while Amundi has swooped for Pioneer Investment. Lower-margin players in more exposed areas such as mainstream equities are likely to be vulnerable to take over attempts.  “The trend is pretty clear. Margins will continue to come under pressure,” Mr Morrison told the Financial Times. “The industry is going to look very different in five years. There will be fewer and larger managers.”
Fidelity’s only major recent acquisition was its purchase of eMoney adviser, a financial planning software company, for $250m in 2015. However, the family-owned investment group is “open to anything”, according to Mr Morrison. “Merging cultures is a wild card, but if there are some real opportunities we’d look at it,” he said.
While the global investment industry has seen its assets swell as a result of buoyant markets, most new money is gushing into cheaper passive funds, forcing both actively managed mutual funds and hedge funds to slash their fees. Over the past 12 months, investors have shoveled $442bn into passive equity funds globally, while traditional “active” stock market funds have suffered outflows of $534bn, according to EPFR Global, a research and consultancy group.
The average expense ratio of US equity funds has fallen from 99 cents for every $100 invested in 2000 to 68 cents by the end of 2015, according to the Investment Company Institute. The average US bond fund expense has slipped from 76 cents to 54 cents over the same period.
That shrank the asset management industry’s revenues by 5 per cent last year, according to a study by Morgan Stanley and Oliver Wyman, which predicted that revenues would contract by another 3 per cent by 2019 despite the expectation of overall inflows.
Consolidation is tricky in an industry where companies often have distinct cultures but lack big fixed back-office costs that could be trimmed in a merger, with most deals historically consisting of big players snapping up star managers or swallowing small teams.
There has, however, been a series of ETF providers acquired by bigger players in recent years, and the mergers of Janus-Henderson and Standard Life-Aberdeen have fostered expectations that the splintered industry will see more big deals in the coming years, despite still largely healthy profit margins.
“We all know that historically asset management M&A doesn’t have a particularly good reputation. But synergies can be pulled out,” Haley Tam, a Citi analyst, said in a client video. “If nothing else, regulatory costs and burden is rising for the industry. If you have more assets, if you have a bigger revenue stream, you have a greater ability to handle this cost.”
The investor pivot towards cheaper, benchmark-mimicking vehicles such as index-tracking and ETFs has accelerated this year, despite a tentative improvement in the performance of traditional mutual fund managers so far in 2017.