Balance absent when it comes to fund flows in 1Q19

Balance absent when it comes to fund flows in 1Q19

The first quarter of 2019 ended with EPFR-tracked Bond Funds on their way to their 13th consecutive weekly inflow while Equity Funds stumbled towards their 15th outflow in the past 20 weeks, extending a rotation that began in early January. Bookending this broad trend were strong flows to US Money Market Funds and another quarter of heavy redemptions from Balanced Funds, a multi asset group whose mandates allow them to invest in both stocks and bonds. 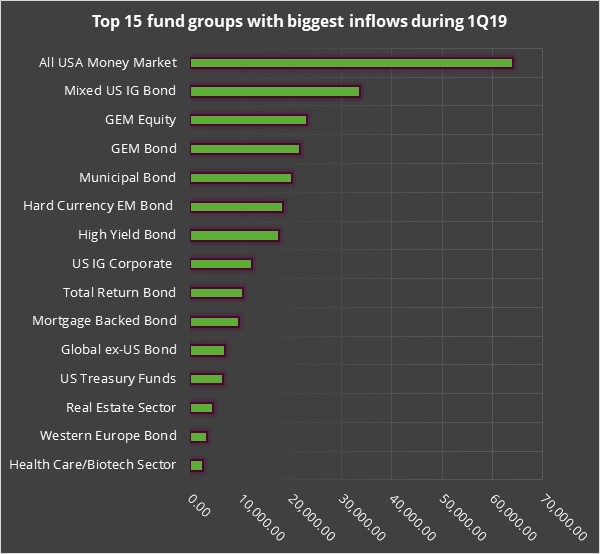 Concern among investors that this time, after five years of unrealized anticipation, the post-Great Financial Crisis recovery is finally rolling over was given credence by the world’s major central banks, three of which – the US Federal Reserve, Eurozone Central Bank and People’s Bank of China – put plans to normalize or tighten monetary policy on hold. These trends are reflected in the number of fixed income fund groups in the ranks of the top money magnets during the first quarter and the fact 11 of the 15 groups experiencing the heaviest redemptions were Equity Fund groups. 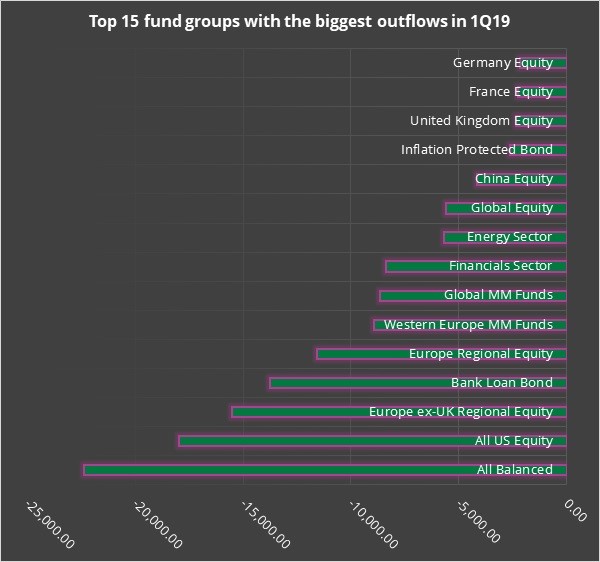 Europe remains a focal point for investor angst about the outlook for global growth, with threats to the continent’s export story compounded by the uncertainty created by the UK’s unsuccessful efforts to meet its deadline for leaving the European Union and the populist tone of politics throughout much of Europe. The week ending April 3 saw EPFR-tracked Europe Equity Funds post outflows for the 52nd time in the past 54 weeks as Equity Funds collectively recorded an outflow of $7.6 billion while Bond Funds absorbed another $11.4 billion and Money Market Funds $2.6 billion.