China Insight: Slower and bumpier RMB appreciation in year ahead

There is good chance China will be the only major economy in the world to generate positive GDP growth (around 2%) in 2020 due largely to its effective pandemic containment measures and consequently the faster recovery of the production and consumption.

As far as the FX is concerned, RMB has been appreciating against USD since the beginning of June on the back of broad-based weakness of greenback (chart 1). Besides, RMB has also been appreciating against all EM Asia currencies (except KRW) since USD's multi-month downtrend kicked off in early-summer. We attribute the RMB's outperformance relative to the rest of EM Asia to growing hopes of a victory of Biden in the 2020 presidential election, who's obviously far less hostile to China and promised to remove the existing tariffs on China in case he becomes the next US president. 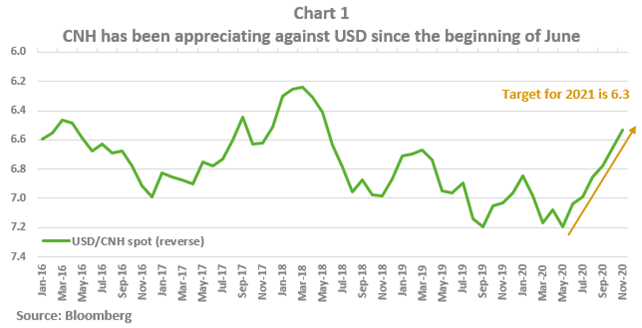 Another positive for RMB, which we should not ignore, is a gradual improvement in the capital inflows: 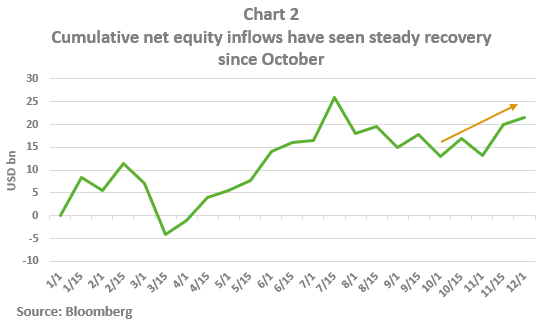 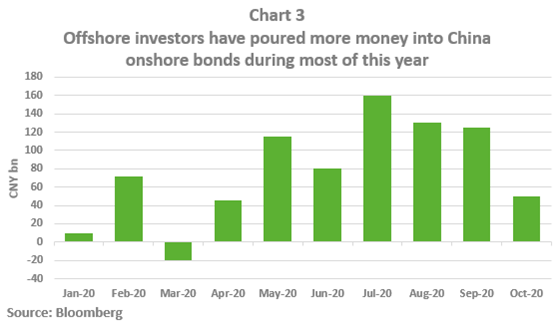 In regard to PBOC's FX policy stance, we think a bit more RMB appreciation is acceptable to Beijing. As a matter of fact, PBOC has been very tolerant to the sustained RMB appreciation so far this year (chart 5). That being said, we are afraid that any further RMB appreciation beyond 6.50 will be slow and seriously-managed (by PBOC) as export competitiveness remains one of the major concerns to Beijing. As such, we should not be surprised if the counter-cyclical factor, which was already removed from the RMB daily fixing mechanism, is re-introduced as a tool to slow down the pace of RMB appreciation if necessary. 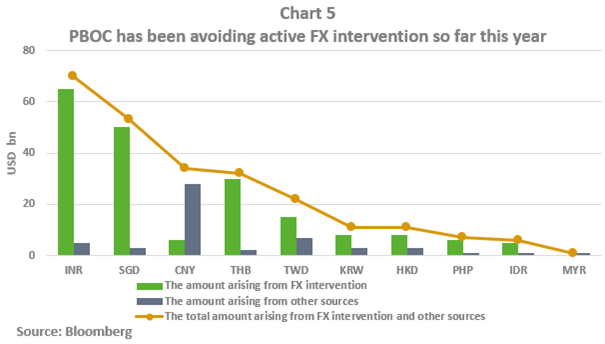 While we think 6.30 is reachable for USD/CNH over the next 12 months, we expect the path for this target will be pretty bumpy. Instead of seeing a straightaway extension of the multi-month downtrend, USD/CNH will likely turn choppier before 6.30 is reached. In this scenario, there is good chance USD/CNH FX option implied volatilities, which has trended upward during most of H2 this year, will see renewed top-heaviness at least during H1 next year (chart 6). 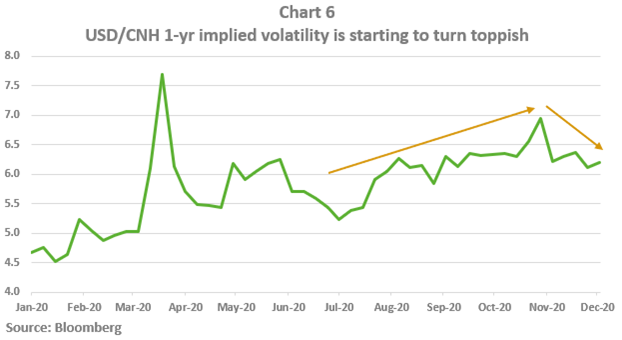