China Insight: PBOC May Lower SLF And MLF Rates Rather Than The Benchmarks 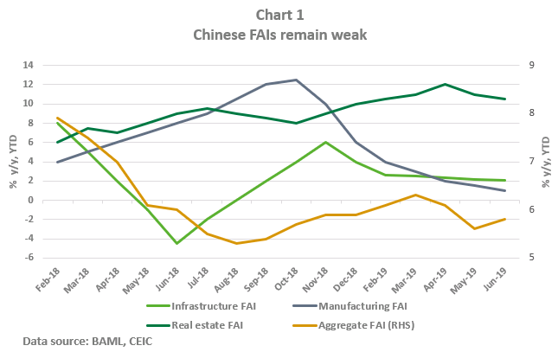 Here it is widely speculated, the People’s Bank of China (PBOC) will cut policy rates in case the Fed cuts US rates at the July FOMC meeting.

In fact, PBOC monetary policy department director Sun Guofeng was quoted as saying before the release of June activity figures that policymakers are now paying attention to the Fed's move at the upcoming FOMC at the end of this month.

However, any reduction in the benchmark deposit and lending rates following a Fed funds rate cut is less visible because these rates, in the eyes of the policymakers, are no longer important as policy tools.

PBOC in its 1Q 2019 Monetary Policy Report said that a merger of the 1-year policy lending rate with the loan prime rate may happen as one step further to liberalize interest rates. In late May, PBOC Governor Yi Gang said that his colleagues are now investigating the possibility of not publishing the benchmark lending rate anymore.

Chart 2 shows that the weighted average lending rates have been moving on its own, regardless of the unchanged benchmark deposit and lending rates. 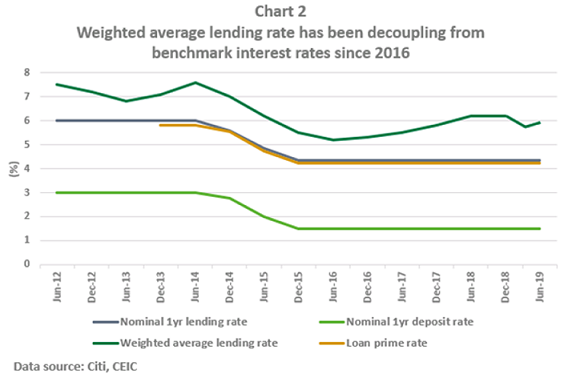 Likewise, wealth management product (WMP) and negotiable certificate of deposit (NCD) yields have been also market-oriented (chart 3). As such, we don't rule out PBOC's bias towards leaving the benchmark rates unchanged before fading them out. 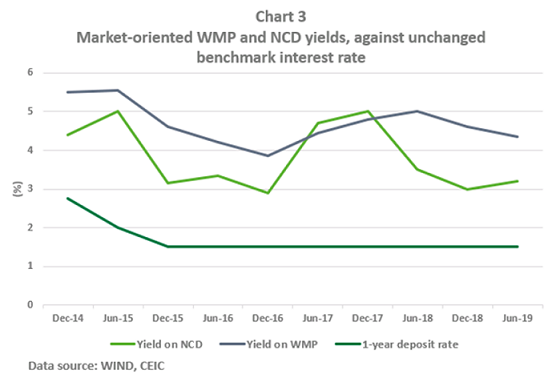