Skyscrapers are always a good indication of growth in a country. For instance, Mirante do Vale is a vast office building built in 1960 in downtown São Paulo, it used to be the tallest building in Brazil until 2014, when the Millennium Palace in Balneário Camboriú, Santa Catarina took over its place. The Millennium Palace will not remain the tallest for five decades like its predecessor, as there are at least four different projects at the completion state across Brazil, with buildings much higher than the Millennium Palace.

Increasing number of skyscrapers in a city has always been related to boom and bust cycles of GDP growth and Brazil shows the latter effect in the last few years.

At the start of 2018, the median growth expectation for Brazil was around 2.7%, according to Banco Central do Brasil Survey, but as the year progressed, this number dropped to 1.1%. The difference in expectations is a result of political uncertainties, low industrial capacity utilization, and high unemployment levels across the country. 2019 unfolds similarly, where growth expectation were around 2.5% earlier in the year, and the recent consensus expectation set at 1.0%.

After two years of underperformance, Brazil is currently trying to manage the expectations of investors, with the most critical investor concern - the fiscal stance of Brazil. This long-time issue is being tackled by President Jair Bolsonaro and his government through aggressive policy measures to prop up expectations this year. On October 22, the Senate approved the social security reform bill, which targets an increase in savings by 800bn BRL over the next ten years. On November 5, the government published a collection of additional proposals to improve the country's fiscal stance.

This blog post takes a look at EPFR Fund flows where these recent reforms have generated interest in Brazil for investors. Year-to-date, flows to Brazilian equities has exceeded emerging markets flows according to our preferred metric [1], flow as (%) of AuM. As Brazil is the largest country in Latin America, increased expectations towards Brazil has also spurred interest in Latin America (Figure -1). 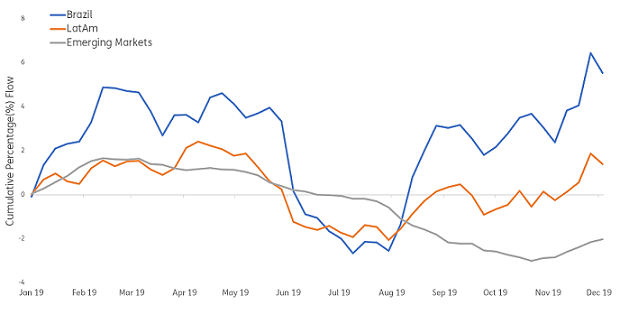 In fact, according to EPFR Quant team's Global 7 Equity region model, Latin American Equities currently have top ranking in terms of flows (%) across seven different equity regions, as can be seen in Figure 2. This indicator has been a good sign for the outperformance of Latin American equities in the last two years. From the start of 2018, when Latin America had top ranking across these seven regions, it had outperformed emerging market equities by 11.5% and developed market equities by 13.75%. On the contrary, when it had a low ranking, it had underperformed emerging and developed markets by 17.5% and 13.3%, respectively. 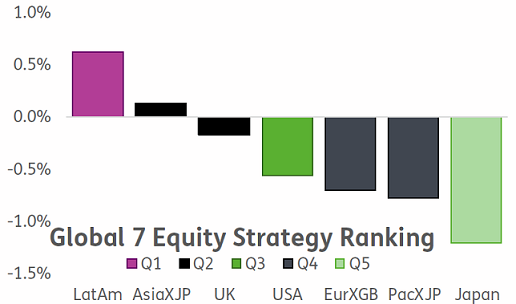 Moreover, LatAm equity flows ranks in the top quintile across 17 different asset classes selected by the EPFR's quant team in terms of flow (%) showing LatAm equities has been a favourite asset class in recent weeks. (Figure-3) 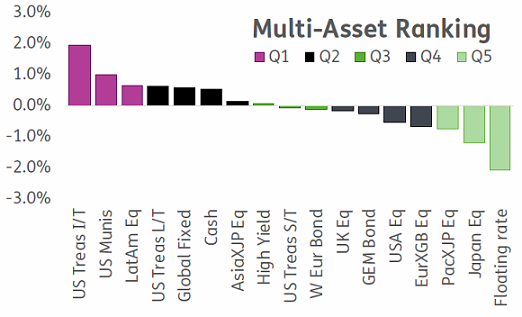 The world's fifth-largest country in terms of population and geographical area is currently 9th in the world in terms of nominal GDP according to the IMF 2019 estimates. Investors are now positioning themselves for Brazil to close this gap in the coming period. This is also affecting the Latin America region positively.

In conclusion, using EPFR fund flows, investors can continue to monitor these trends and make informed decisions while investing in both Brazil and LatAm.