Regional concerns could threaten the CEEMEA market's ability to match post-summer bond issuance levels of previous years, even though market conditions in general appear conducive for issuance which typically restarts in earnest in September.

Specific concerns in relation to the Sukuk market, Qatar and Russia could slow bond sales despite a narrowing of EM credit spreads over the last year and continuing investor demand for the product. In Euros, meanwhile, September 7 could be a key date as the ECB is expected to signal its QE tapering, which could also dampen issuance plans.

Possibly down, but certainly not out

On a more positive note, while this trio of regional developments threaten to impact some EM issuance prospects, a typically active forthcoming period for broader CEEMEA new bond issuance is nevertheless envisaged, particularly if recent history is anything to go by.

Excluding 2015, the month of September has seen (on average) USD14.84bn issued over the last 5 years, while our records show that October tends to be an even busier month for EM supply, and has in fact beaten September in four of the past five years in terms of issuance volumes, with 2013 being the notable exception (see chart below). 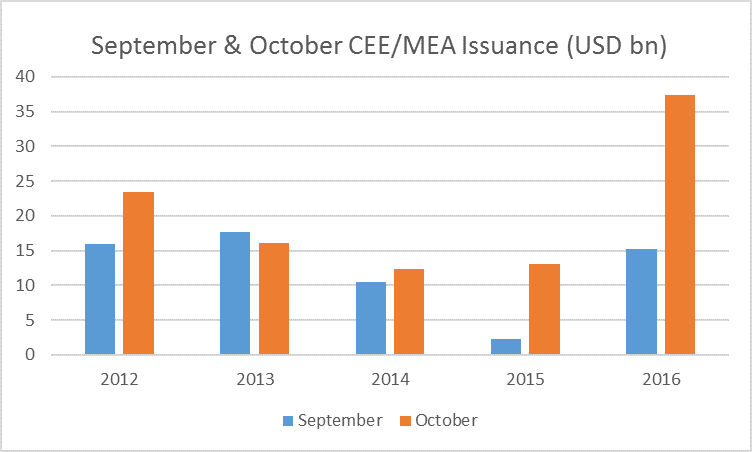 This is attributed in no small part to a keenness of sovereigns to capitalise on any accommodating market conditions, not only to secure funding for the year but often look ahead to refinance paper maturing in 1-2 years. From CEE these typically include the likes of Latvia, Poland, Romania and Russia, while South Africa and Ghana have often represented African nations in the post summer period. Middle Eastern countries also appear fairly regularly in those months, in particular Oman, with the exception being in 2015 as the following chart shows. 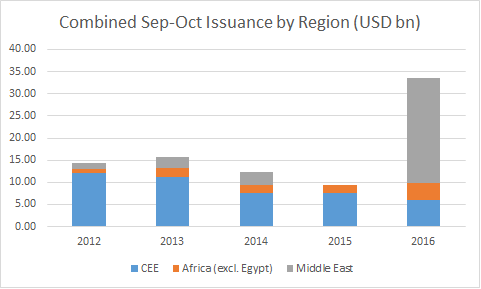 Make hay while the sun shines

External market conditions also appear supportive for any EM issuers currently monitoring the market. With Jackson Hole passing without major policy signals, and US President Trump still unable to achieve any of his election policy goals, UST yields remain under pressure. And as long as policy makers continue to tread carefully, we maintain a broadly constructive view on EM FX and rates, as supported by fundamentals and technicals. For more on this, please see - EM debt bulls should have nothing to fear from Jackson Hole.

For comparison we look at some key credit metrics now vs last September; 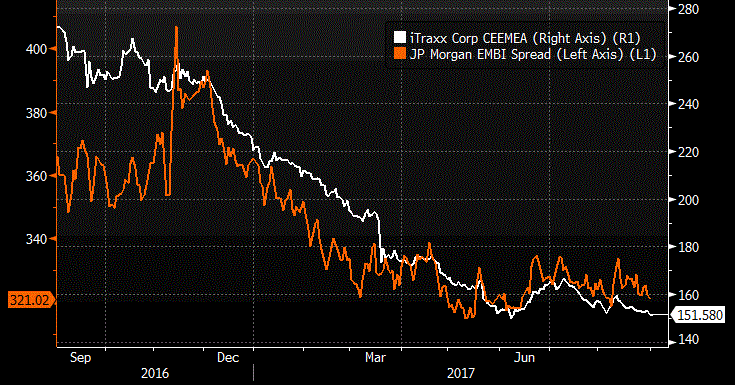 Finally, one other notable trend in recent years is that a busy post-summer for EM borrowers is by no means a prelude to a quiet run into year-end for primary issuance, as typically robust Q4 issuance volumes outlined in the following chart illustrate. 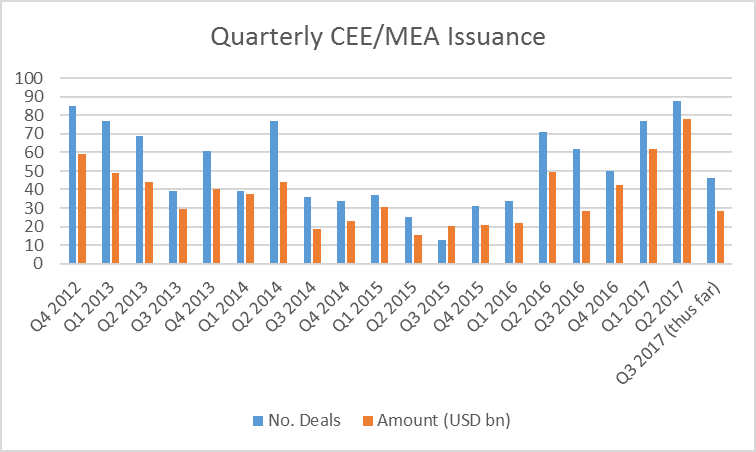