** The primary market started the week on the front foot where all asset classes contributed to the EUR6.35bn priced. That came as a raft of borrowers made the most of the shortened issuance window ahead of the Thursday's Ascension day Holiday which many issuers/investors are expected to bridge into the weekend. See IGM DAILY EUR NICS & BOOKS

** The only benchmark SSA supply of the day came courtesy of The Export-Import Bank of Korea (KEXIM), which priced a EUR750m May 2022 issue at m/s +40bps from a m/s +45a starting point. That was thanks to books in excess of EUR800m. There is more supply to come Tuesday (details below)

** ECB data showed purchases via the CSPP as of 19th May 2017 totalled EUR86.932bn, pointing to an implied monthly purchase rate of EUR7.54bn. For more see ECB CSPP REVIEW 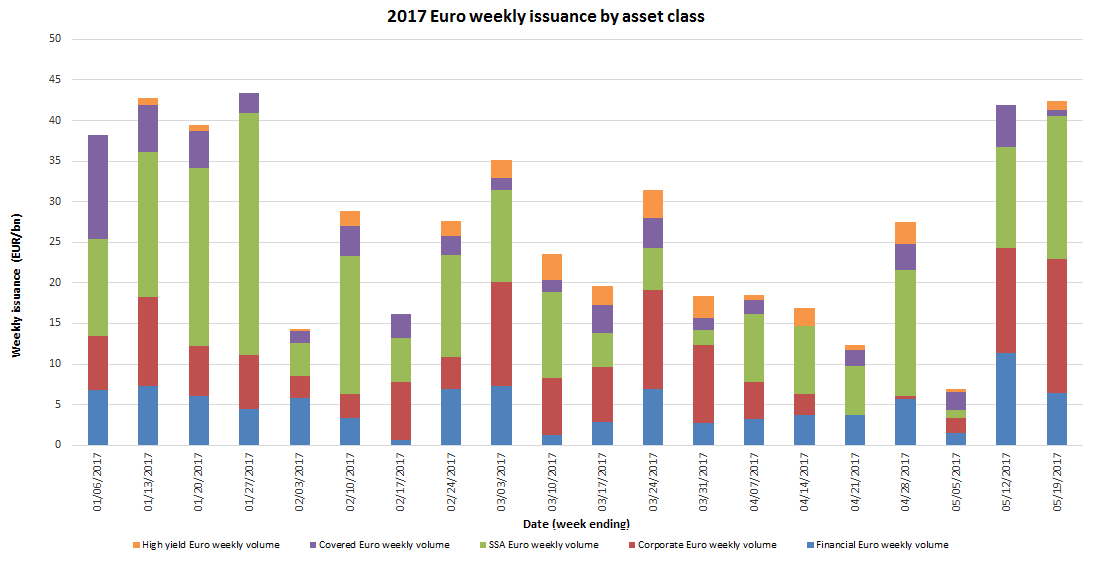 ** Jyske Bank (A-) could launch a EUR500m no grow 3yr floater via BNP Paribas, DZ Bank, JP Morgan and LBBW

What to watch Tuesday