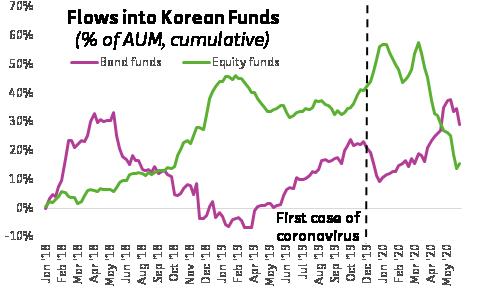 The first case of the virus now designated COVID-19 was detected last December. The epidemic, which became a global pandemic during 1Q20, had an immediate impact on nearby South Korea. At first markets viewed Korea, whose response to the pandemic garnered widespread accolades, as a haven. By late March, however, the bloom had come off the Korean rose with Korean Equity Funds compiling a 12-week, $10 billion outflow streak that ran into mid-June...

Without a doubt, the headline release for the week ahead is the jobs report. The last two jobs reports have been a rollercoaster with the April report showing a historic jump in the number of unemployed and a historic spike in the unemployment rate. However, the May report was staggering, but in the opposite direction, as a record amount of people went back to work. The June release is sure to capture the attention of many as businesses begin to reopen their doors following the COVID-19 lockdown. Ryan Nauman's Weekly Recap: COVID-19 Market Edition and subscribe to have it delivered to your inbox each week!

China Insight: Implications of a Sustained Rise in Repo Rates

China onshore interbank CNY repo rates (chart 1 and 2) have been creeping upward since CBRC chairman Guo Shuqing at the beginning of the month openly stressed the importance of financial risk control. 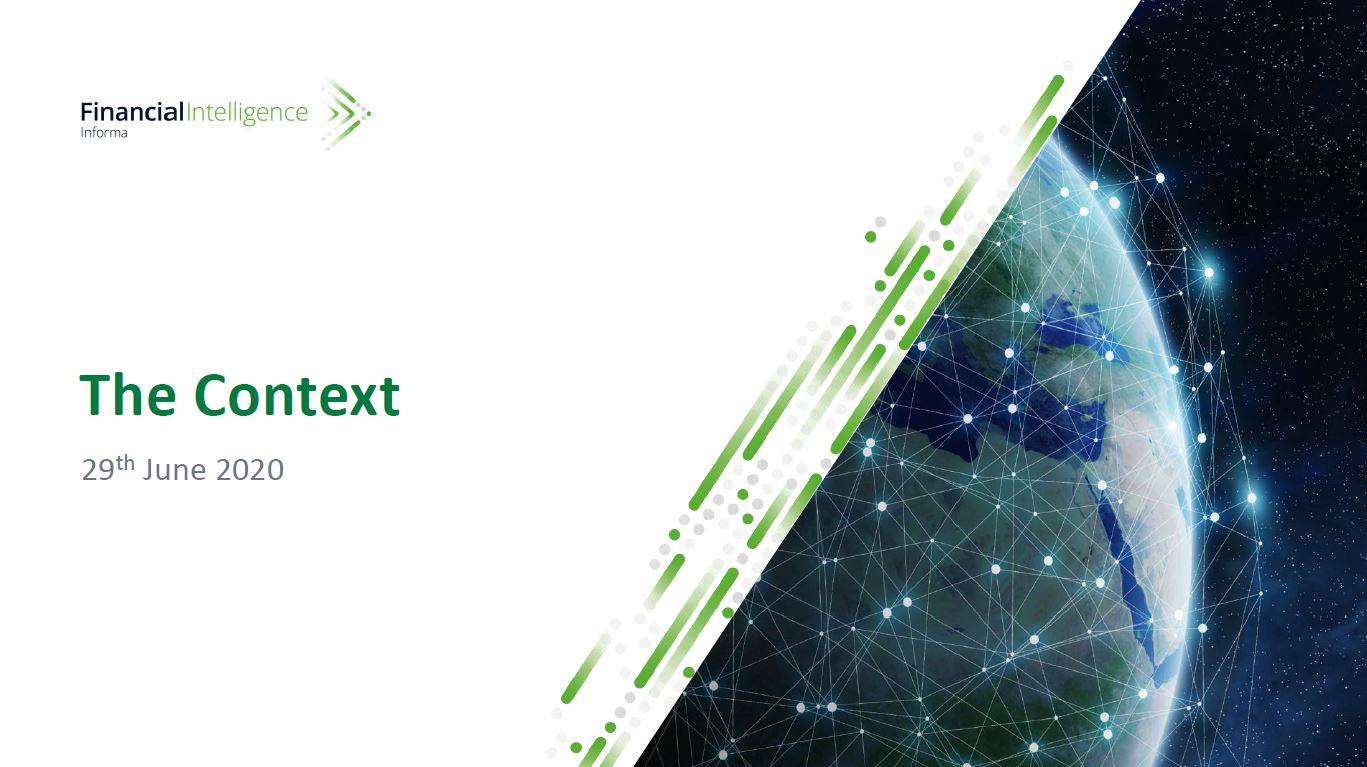 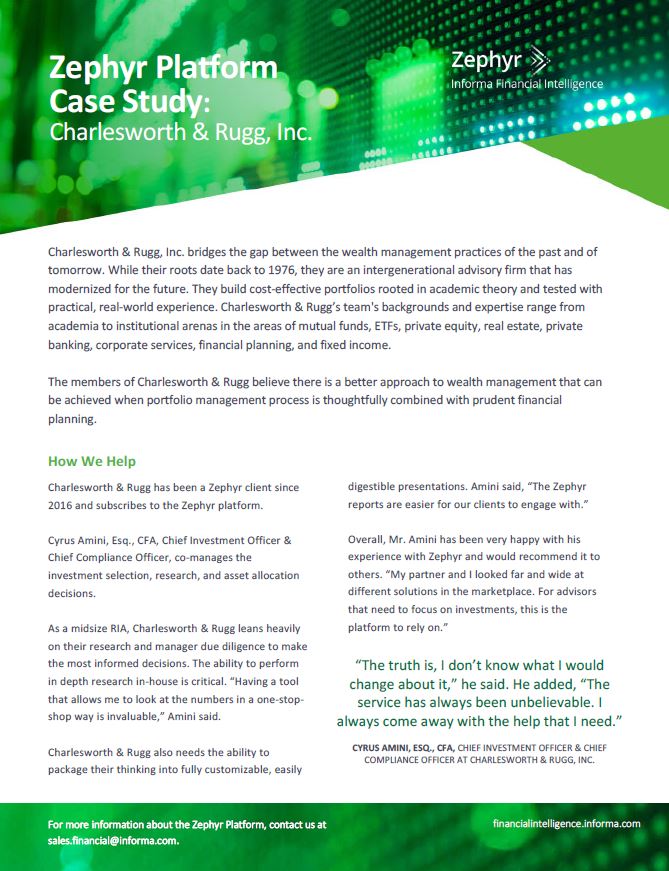 Charlesworth & Rugg has been a Zephyr client since 2016 and subscribes to the Zephyr platform. Cyrus Amini, Esq., CFA, Chief Investment Officer & Chief Compliance Officer, co‐manages the investment selection, research, and asset allocation decisions. As a midsize RIA, Charlesworth & Rugg leans heavily on their research and manager due diligence to make the most informed decisions. The ability to perform in depth research in‐house is critical. “Having a tool that allows me to look at the numbers in a one‐stop-shop way is invaluable,” Amini said. Read more... 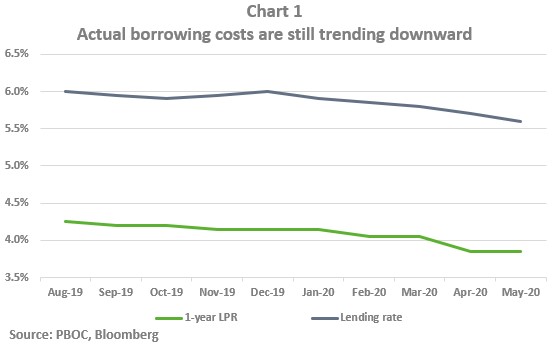 The 12th Lujiazui Forum, a gathering of senior government officials in economic and financial areas, was held on 18 June in Shanghai. At the forum, the remarks by CBIRC Chairman Guo Shuqing and PBOC Governor Yi Gang drew a lot of attention. - CBIRC Chairman Guo Shuqing: "China will neither adopt flood-like stimulus nor negative rates". He also urged major global economies to consider how to exit from massive easing. - PBOC Governor Yi Gang: "we should consider the timely withdrawal of policy tools (the counter-pandemic) financial support in advance". Interestingly, Guo's and Yi's remarks came after Premier Li Keqiang at a State Council meeting on 17 June emphasized the need for further cuts in the reserve requirement ratio and relending facilities to bring borrowing costs downward and support the real economy as well as small/micro enterprises (chart 1) but did not mention the possibility of interest rate cuts. 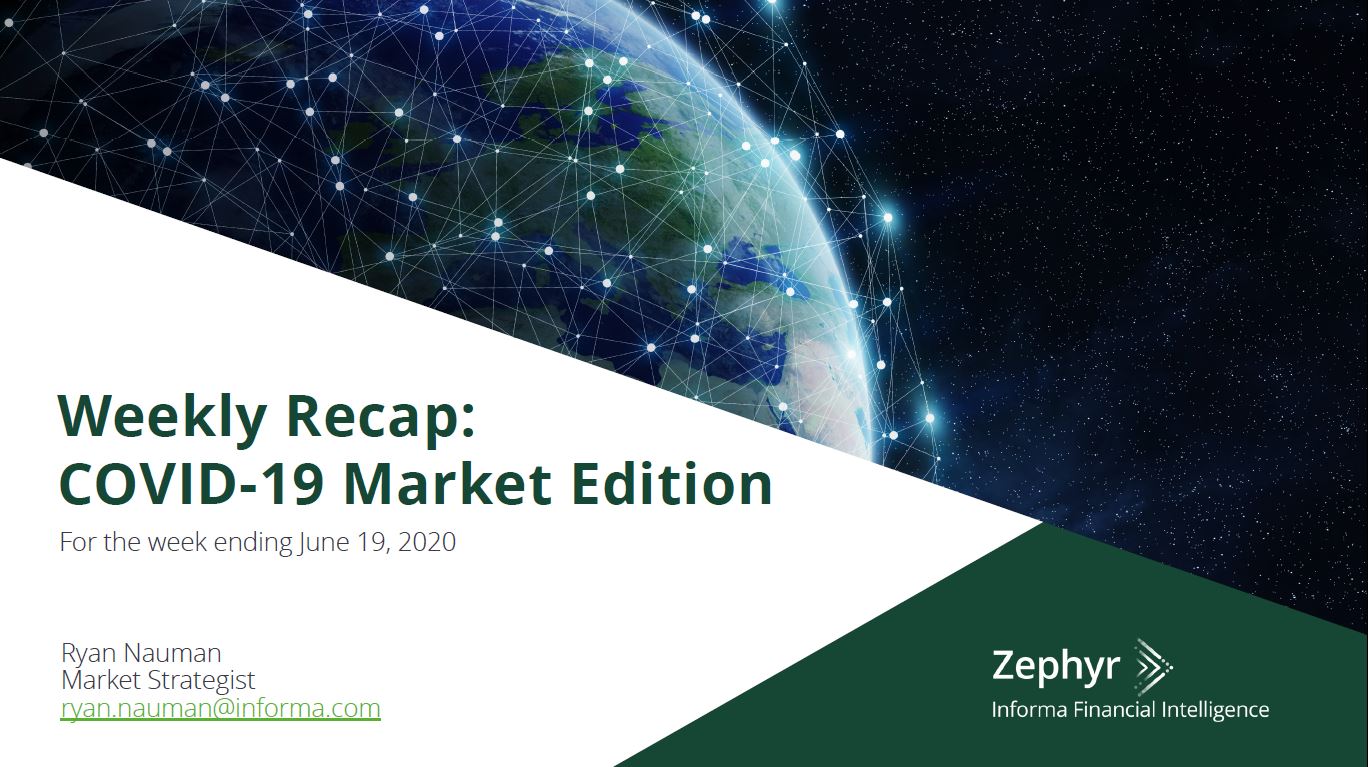 Recent economic data has surprised many on the upside and may be a signal that the worst is behind us. The week ahead will provide us with additional significant data points to either support the growing optimism or may set us back on our outlook for the economic rebound. Data releases that I will have a close eye on include the flash PMI readings as well as consumer sentiment, which may signal their willingness to spend and help support the economic rebound. Ryan Nauman's Weekly Recap: COVID-19 Market Edition and subscribe to have it delivered to your inbox each week!