Nice to see you, welcome to the Financial Intelligence hub

We are working on pulling together your recommendations based on your cookie. If you prefer, you can provide your preferences here. 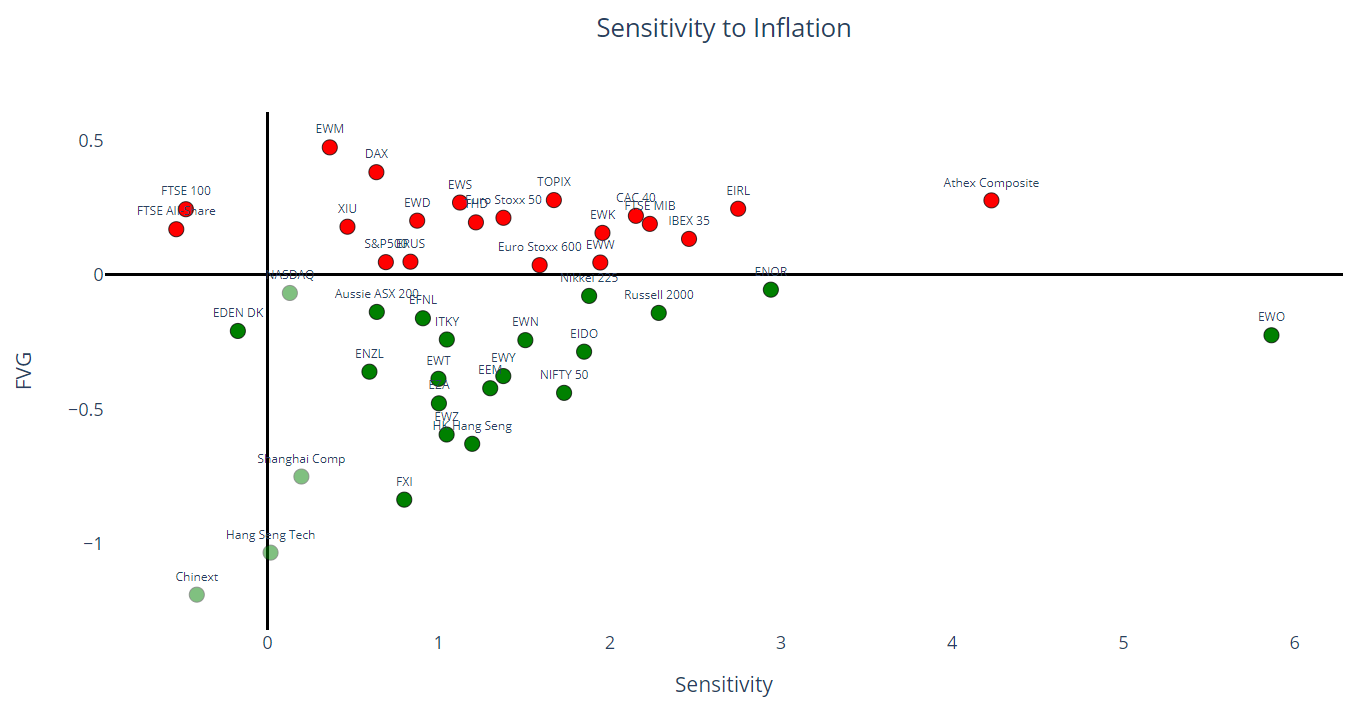 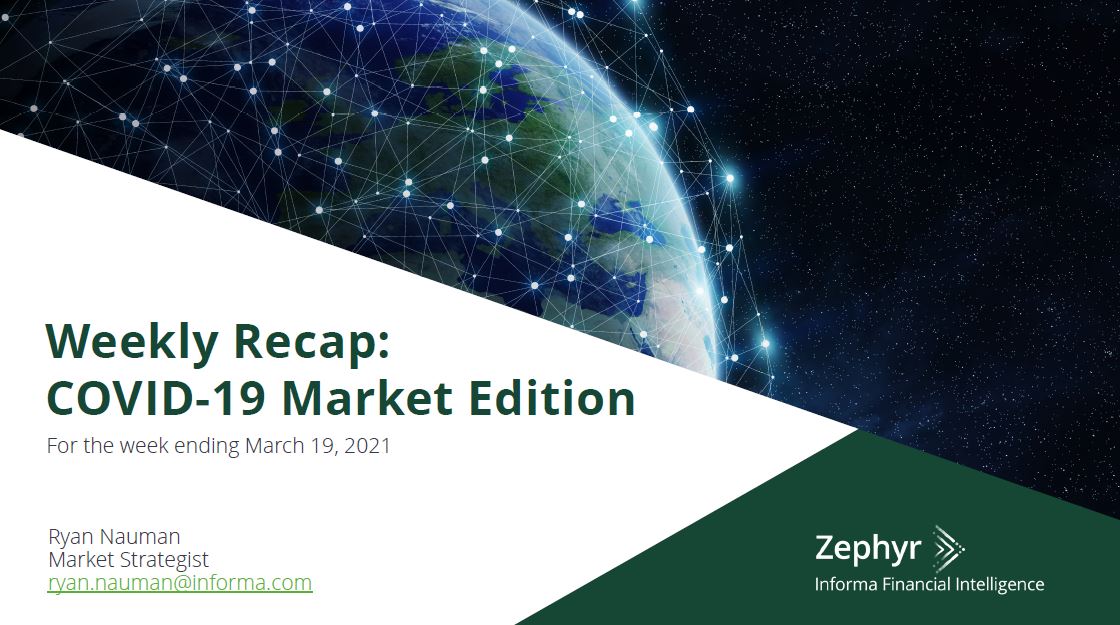 All eyes have been and will continue to be on the inflation front, which will be the headline data release during the week ahead. The Federal Reserve said they expect inflation (PCE) to rise temporarily to 2.4% by the end of this year while keeping their key short-term benchmark interest rates near zero. This has caused an increase in the fear that inflation will become more of an issue in the minds of investors, as Treasury yields continue to climb higher... 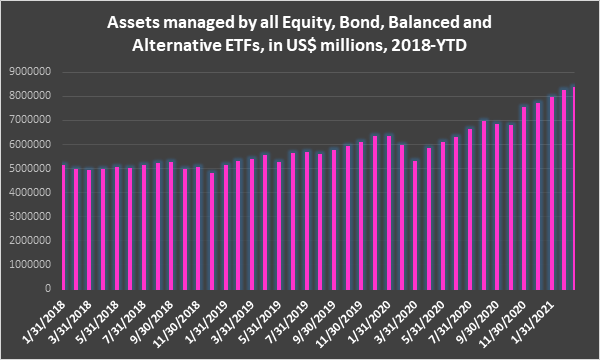 Going into the final week of the first quarter, global markets were treading water amidst a welter of sometimes contradictory events and signals. A reporting period that started with the first quadruple witching of the year and ended with the Suez Canal blocked by a massive container ship also featured renewed lockdowns in Europe, yields on the US 10-year dropping back to the 1.6% level and North Korea testing nuclear capable missiles. Flows to EPFR-tracked funds reflected the general uncertainty, with net flows to Equity Funds less than a 15th of the previous week’s total while Bond Funds took in the equivalent of 0.14% of AUM and Money Market Funds recorded their biggest weekly inflow year-to-date. The week also saw the release of data showing that the assets managed by EPFR-tracked Equity, Bond, Alternative and Balanced Exchange Traded Funds (ETFs) climbed past the $8 trillion mark in February. They passed the $7 trillion mark in August of last year, $6 trillion in November 2019, $5 trillion in January 2018, $4 trillion in May 2017, $3 trillion in March 2016, $2 trillion in July 2013 and $1 trillion in December 2009. 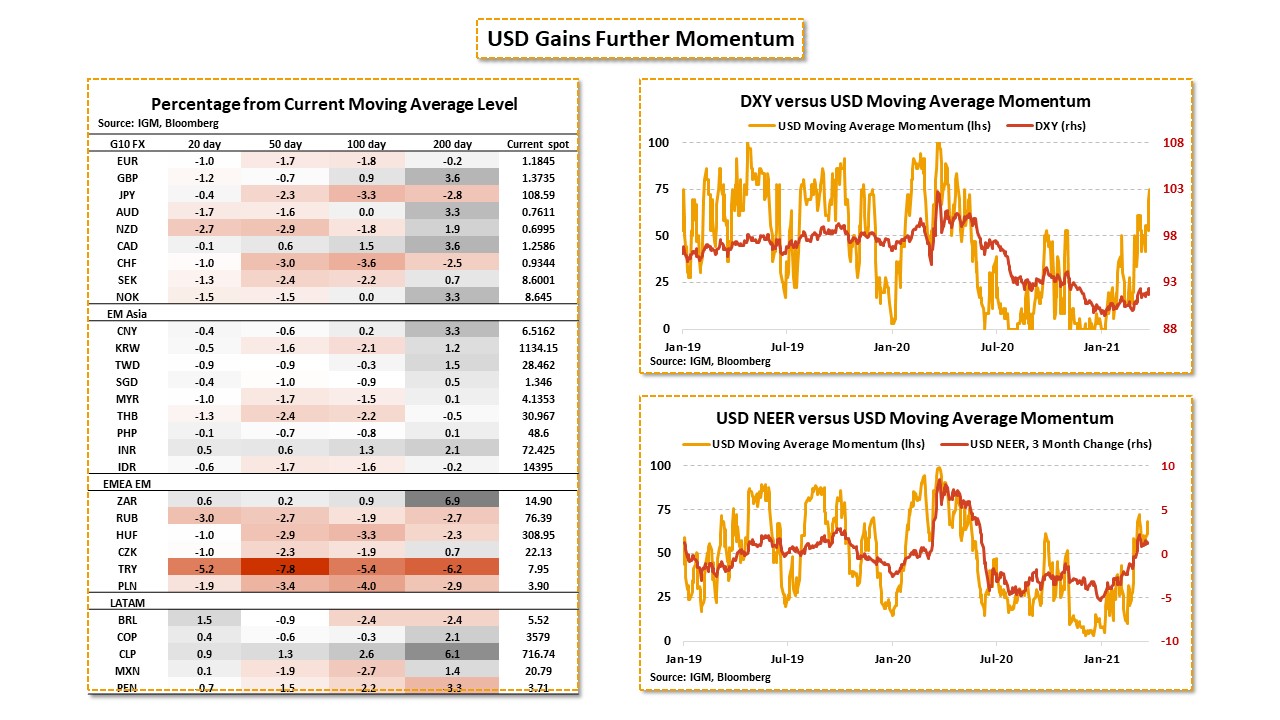 If you have the best rates and products, prove it! Back up your message with our data and our name.

We benchmark our clients’ digital journeys against their competitors using Mapa Research’s live accounts, producing behind the login insights to improve their digital experience.

Our digital banking app data has highly visual outputs to show you what best practices look like in all areas of the digital customer journey. We offer recommendations as well as inspiration for your digital product roadmap.

Our research reports provide you with accurate intelligence on what’s driving markets, their impacts, and how likely these factors are to persist.

Capture the customer experience and see what your competitors are doing with our research services.